The Auditorium house is very intimate. The compact design brings the main entrances to the sides of the house and the acoustical shells bring the ceiling down. A balcony was provided, which allowed for additional seating and reduced building depth. It also provided for excellent site lines. Continental seating is located at the front of the house surrounded by side stage areas and balcony areas above. The seating design allows the audience to feel like a part of the production.

A mechanical orchestra pit lift was a part of the design requirements. Orchestra numbers and production numbers can be raised and lowered from the stage to the lower level stage area. The auditorium is fully handicapped accessible. The auditorium entrance and lobby area is completely independent of the high school building, allowing it to function as part of the high school building or independently, as part of an after-school or weekend function. The auditorium support spaces include a scene shop, dressing rooms, restrooms, make-up areas, piano storage, offices and a 2,000 square foot black box theatre.

The mechanical systems for the Auditorium were designed and installed as part of the 135,000 square foot addition to the High School completed just months earlier. This allowed these noisy systems to be located a good distance away from the Auditorium, allowing performances to be as quite as possible. 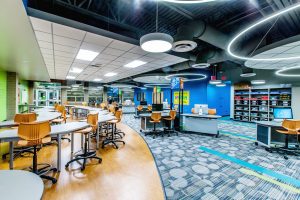 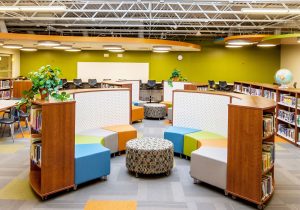 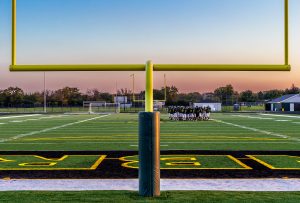