A masonry investigation was conducted on a 12-year-old school building in response to claims of suspected water problems on the interior walls. Interior wall surfaces were experiencing repeated peeling paint and salt deposits. The building had a two-story new construction addition appended to a one-story existing building. The two-story new addition experienced the worst of the observed problems.

Intrusive wall openings and inspections were made at various locations around the building. The inspections revealed questionable use of materials, poorly functioning flashings, a badly constructed masonry collar joint, poor construction techniques, and water-intrusive prone finished details. In addition, an HVAC analysis identified two locations in the building where interior negative pressure conditions aggravated the interior moisture drive. The energy efficiency of the building envelope insulation was evaluated at a sample location; it was found to be 55% effective. Window and entrance systems were field tested and discovered to be leaking. Inspections into the existing building walls revealed more poor flashing conditions.

Multi-optioned repair programs were presented. They ranged from a less expensive, and effective, plan to repair the existing walls in place to a more complete procedure to redesign the entire outer face of the building with a new, better insulated cavity. Recommendations were made for revising HVAC air return systems to relieve interior negative pressures. In some instances existing windows could be saved for removal and reinstallation. In other locations the windows were recommended for replacement. 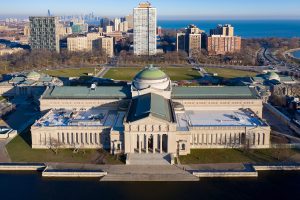 Museum of Science and Industry 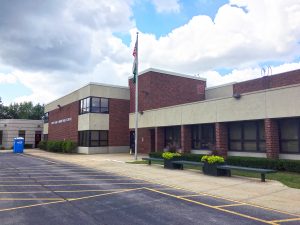 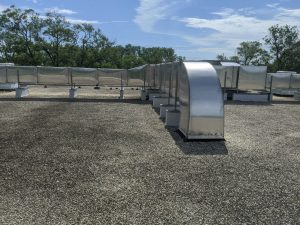